Keep to (the) Left

I have no brief for Senator Joe McCarthy, but I think that too much has been loaded on him. Of course, he was a monstrous man, and a monstrous influence, but he was only a symbol. I suppose that fear and abdication of responsibility produced the whole history of the past twenty or thirty years. The various kinds of betrayal, the various ways in which nations and peoples and individuals have been let down by politicians, by ideologues, by themselves. And the degree to which terror has become an instrument of policy and even an instrument of status.
--Joseph Losey, "Speak, Think, Stand Up", transcript of an interview with Gideon Bachmann, 1964; printed in Film Culture 50-51, 1970, p.55.
The attack in the beginning, particularly in the arts fields and maybe subsequently in the professional fields, could have been stopped by just a little bit of courage from people, like Dore Schary and later [Elia] Kazan, who were in positions of success and financial stability. If Schary had stood by what he said on the stand when he testified, and a few others too, I think it would have stopped. And indeed, when Brecht was quite open in his testimony and immensely witty and very true, the investigations did stop for nearly two years.
But in any event there was a general terror and by the time they got finished with Hollywood they had issued something around 500 subpoenas. Then it spread to the theatre, to doctors, to lawyers, to teachers, to advertising agencies. Of course, in the theatre there was one in particular who stood up and that was Lillian Hellman, but it was too late then. And doctors who didn't have a lot of money, and lawyers who were not very successful, were afraid to take the risk - particularly teachers. They were afraid to speak out and students were afraid to ask questions, because there were informers among the students and no doubt among the teachers too. The indignation was very deep in the country, but not deep enough to overcome the fear.
--Losey, Conversations with Losey (Methuen & Co, 1985), p.72-73.
C: In The Lawless, in a way MacDonald Carey learns what it's like to be hunted like a Mexican.
L: Yes. But this was prophetic because it wasn't really happening at the time. It hadn't yet happened and we didn't really foresee the consequences of what we were doing. Therefore when it came upon us, a lot of people accepted the consequences and dealt with them. But unfortunately, large numbers didn't accept them, tried to escape them, and did the most horrible and ghastly things. One of the men who informed on me, for instance, was a very close personal friend. I read the files and what he said about himself was not true. He unloaded on us his own responsibility: it was perjury - absolutely untrue. Some people were led into positions where they degraded themselves. This man's wife tried to commit suicide when she found out, much later, that he'd informed on me, and my wife too.
--Losey & Michel Ciment, Conversations with Losey (Methuen & Co, 1985), p.96-97.

Whatever he tries to do is wrong. Because it has to be wrong. Because the situation is such that whatever you do is wrong. All films about crime are about capitalism, because capitalism is about crime. I mean, quote-unquote, morally speaking. At least that's what I used to think. Now I'm convinced.
--Abraham Polonsky, speaking in Red Hollywood (Thom Andersen & Noël Burch), 1995.

After all, politics is justified only by success, although the only battles worth fighting are the ones for lost causes.
--Abraham Polonsky, Red Hollywood, 1995.

Posted by Matthew Flanagan at 00:45 No comments:

oh, the night back then! Ten, fifteen stars came out; we could smell the fragrance of millions more.
--Elio Vittorini.

Posted by Matthew Flanagan at 11:09 No comments:

In En rachâchant [1982], there was an old wooden platform in a school in Saint-Ouen. It was hard to find because they don’t make them anymore. And the cameraman already had an axe in his hand. I held his arm back. That’s cinema. You can’t trust cinema.
--Jean-Marie Straub, Où gît votre sourire enfoui?, 2001.

Might it be dangerous, perhaps? At seven, a boy senses miracles in all things, and in their nakedness of Woman, he has certainty in her as I suppose she, rib of man, has certainty in us. Death exists, but doesn't take anything away from this certainty; it never wrongs man's world of A Thousand and One Nights. A boy asks for nothing but paper and wind, he needs only to launch a kite. He goes outside and launches it; and it is a shout which rises from him, the boy carries it through the spheres with a long, invisible thread, and in this way his faith consummates, celebrates, certainty. But later, what will he do with certainty? Later, one knows the wrongs done to the world, the ruthlessness, the servitude, the injustice among men, and the desecration of earthly life against humanity and against the world. What would one do then, if even still, one had certainty? What would one do? one asks oneself.
--Elio Vittorini, Conversations in Sicily, 1937-8. Trans. Alane Salierno Mason, Canongate, 2004, p. 135-7.

It was night over Sicily and the quiet earth: the wronged world was covered with darkness, men were shut in their rooms with lights lit beside them, and the dead, all those who had been killed, had awakened to sit in their tombs, meditating. I stood thinking, and the great night was in me, night on top of night. Those lights below, above, and that cold in the darkness, that ice of a star in the sky - they didn't belong to one night alone, they were infinite; and I thought of the nights of my grandfather, the nights of my father, and the nights of Noah, the nights of a man naked in wine and defenceless, humiliated, less of a man than a little boy, or one of the dead.
--Elio Vittorini, Conversations in Sicily, p.166-7.

Death is nothing but one moment after another, but it is the last. Doubtless no moment is like any other, but they can nevertheless be as similar as leaves on a tree, which is why their cinematic repetition is more paradoxical in theory than in practice. Despite the ontological contradiction it represents, we quite readily accept it as a sort of objective counterpart to memory. However, two moments in life radically rebel against this concession made by consciousness: the sexual act and death. Each is in its own way the absolute negation of objective time, the qualitative instant in its purest form. Like death, love must be experienced and cannot be represented (it is not called la petite mort for nothing) without violating its nature. This violation is called obscenity.
--André Bazin, "Death Every Afternoon" [cont. from], 1958, in Rites of Realism, ed. Ivone Margulies, 2002, p.30.
A child rides a bicycle in the middle of the road. A car driver with mirror sunglasses. A few metres further along, the girl looks back. The car accelerates. A woman leans out of a window and screams in horror. Something terrible happens. One doesn't know why. It just happens. But because it is so linear, one suspects there must be a system behind the incident. The next day, the mystery is solved: "Gangster Runs Down Daughter of Witness for the Prosecution". These are twenty seconds from Fuller's Underworld U.S.A.. The scene is shot very simply and directly, but is the most horrific I have ever seen in a film; it is as if its horror had been carved directly into your eyes.
--Hartmut Bitomsky, Das Kino und der Tod, 1988.

Kiss my hand. That's the hand that killed him.
--Mouchette, Sous le soleil de Satan, Maurice Pialat, 1987.
The objects of a still life: a shotgun and an apple; a candelabrum, a large vase. Mouchette ponders the objects, dances beside them. One gets the sense that these inanimate table items will, at any moment, be rendered active in the scene. There's no close-up or over-emphasising of any detail; in Pialat, it's all about the way the actor chooses to interact with her environment. So while one might not think twice about the heavy thumping sound of the shotgun as Mouchette haphazardly places it back on the table, it is an important aspect of the scene for two reasons: first, as an indicator to the audience that this deadly tool does not alarm her; and second, it makes the ensuing discharge of the gun more palpable. This physicality comes from the sound, not from the silent movement of pointing and aiming. The power of the object comes entirely from this clank and the eventual blast.
--Gabe Klinger, "From Moment to Moment", in Sous le soleil de Satan, MoC, 2010, p. 10. 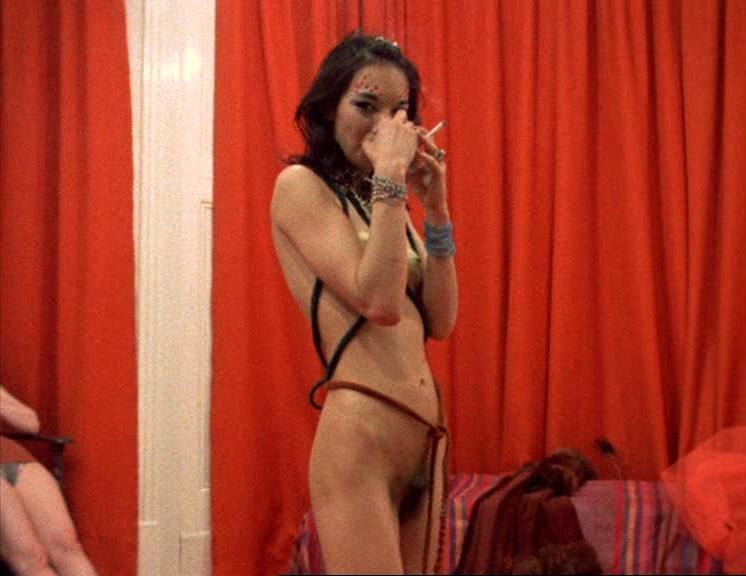 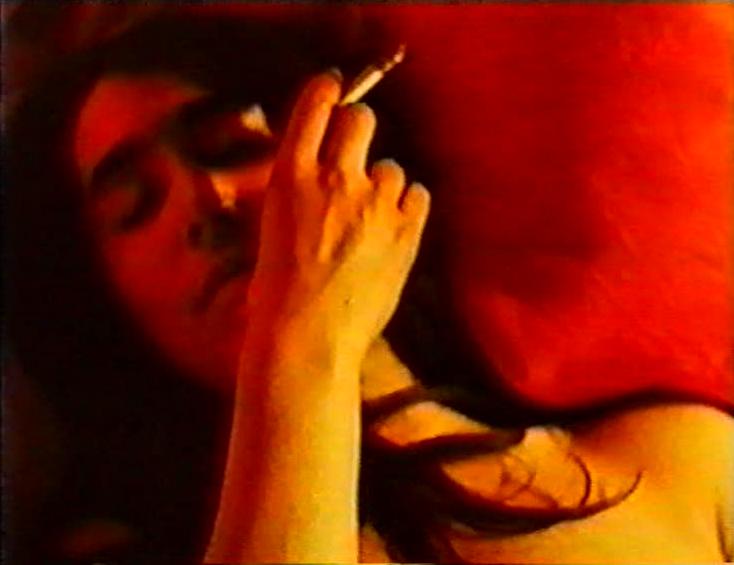