On Friday, Saturday and Sunday, a retrospective of Peter Nestler's cinema returns to London and Sheffield. The following films will be screened on 16mm, 35mm and digibeta: By the Dike Sluice / Am Siel (1962); Ödenwaldstetten (1964); A Working Men’s Club in Sheffield / Ein Arbeiterclub in Sheffield (1965); From Greece / Von Griechenland (1965); Up the Danube / Die Donau Rauf (1969); How to Make Glass (manually) / Wie macht man Glas? (handwerklich) (1970); Chile Film / Chilefilm (1973-74); The Jewish Lane / Die Judengasse (1988); Time / Zeit (1992); Pachamama – Our Land / Pachamama – Nuestra Tierra (1995). Worth revisiting: Martin Brady's essay on Nestler for Afterall, and the English version of Martin Grennberger and Stefan Ramstedt's conversation with Nestler from last year.

Also in London: Honoré Daumier at the RA, and Véréna Paravel and Lucien Castaing-Taylor in conversation with Philip Hoare at the Tate Modern. Elsewhere: Warhol's L.A., and Malevich in Amsterdam.

Some links too: Glyn Davis' tumblr; Amy Cutler on Writing Britain and The Robinson Institute; Aaron Cutler on Lav Diaz (w/ addendum); Sylvain George: Giving a Voice to the Invisible; Philippe Garrel interviewed by Jean-Michel Frodon in the press kit for La jalousie; a new DVD and book of René Vautier's great Afrique 50 (1950); Serge Daney's La rampe (1983), translated by Laurent Kretzschmar and Otie Wheeler; an interview with Nathaniel Dorsky – "we’re all mutually alone"; forgetting to remember the reminders of old; Jenny Diski's defence of Liz Jones; Owen Hatherley on Richard Rogers; excerpts from Richard Skelton's Landings (also: a new Archival release, and a rare live performance by Skelton next year); a study in Sincerely Yours (2005–2013); Adam Harper on R Plus Seven and Daniel Lopatin's XLR8R mix; Rashad Becker: Nontraditional music; The People Dreaming in Church (and an interview with Julia Holter); Rene Hell's beautiful Dummy mix; i think life might be elsewhere; and Songs for Sleep. 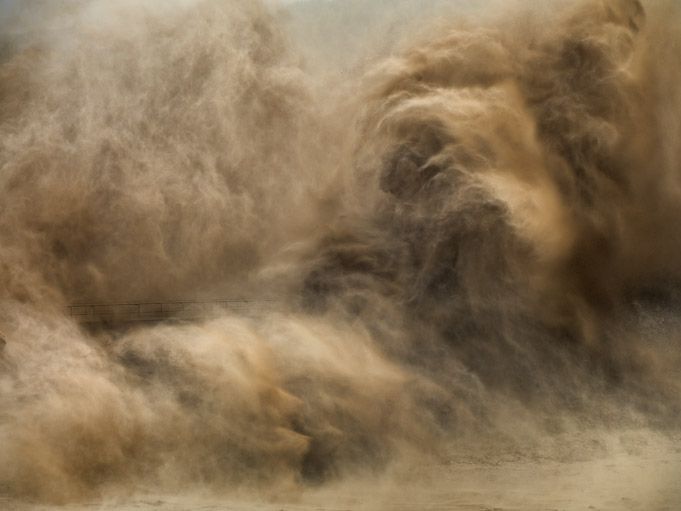 Posted by Matthew Flanagan at 14:15 No comments: 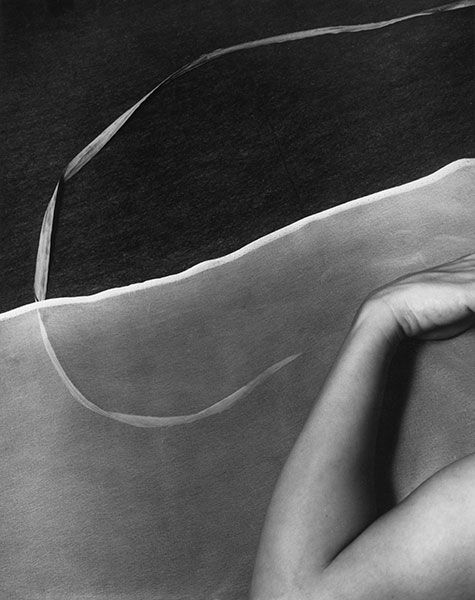 A discourse of differentiation 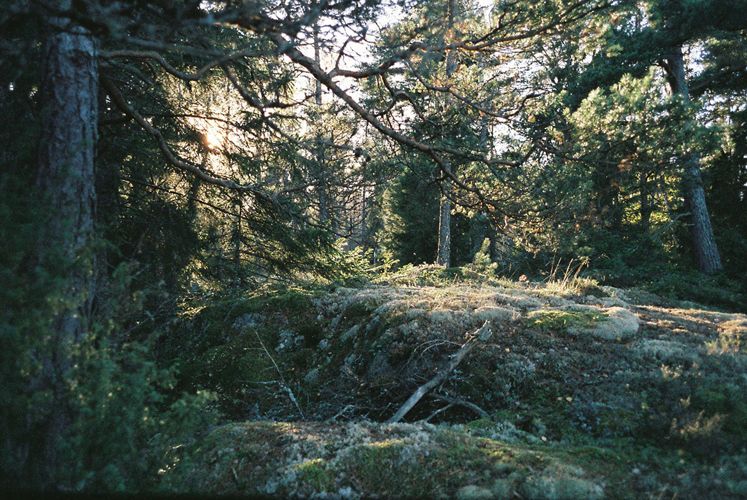 'Landscapes are mental states, just as mental states are cartographies, both crystallised in each other, geometrised, mineralised.' —Gilles Deleuze, Cinema II: The Time-Image.

Last night a friend of mine returned to Los Angeles after some time spent in the rural Rocky Mountains. In our local bar, over a beer, he spoke of a slowness that he felt out in that wilderness. He spoke of a sense of time for reflection. And he spoke of an anxiety about getting back up to the speed of the city. Cities are epicentres of distraction. Of innumerable stimuli vying for our absorption. And even our homes, the former sanctuaries in these cities, are now infiltrated by digital portals to even further reaches of unfocused attention.

There's been a fairly healthy discussion of late about the aesthetics of slowness. Of slowness in art, in music, in food, in sex. A fundamental reconsideration of the meaning of the simple acts of listening, seeing, speaking, reading. And certainly one of the most robust of these conversations is taking place on the fringes of cinema. As a society of spectacle gives way to an age of participation,* we're witnessing a recalibration of participatory roles: the generally venal, fairly dominant role of prosumerism (the favoured m.o. of the indie set) and the more active, resistant role of rigorously focussed attentiveness, among others.

But too often the conversation seems to be drifting towards slowness as a destination. As an accomplishment. As an end sufficient to the urgencies of our time. But as we trace a lineage of the iterative from the actualities to Ozu, to the Italian neo-realists, to minimal composition, to conceptualism, and on to structuralism, we can begin to see slowness, in and of itself, as a kind of trop vu or a non-radicality.

Speed is a degree. It's a quantitative measure of looking at and relating to images and spaces. But, on its own, it isn't necessarily qualitative. It isn't necessarily a different kind of relationship. And in the current criticism around the observational in cinema and in photography—conversations that overwhelmingly value story over the act of image-making—we're witnessing a paucity of differentiation. Films and art-making of a certain speed are being lumped together in discussion. And almost invariably from there, the classical language of entertainment—as opposed to engagement—takes over.

Not too long ago I did an informal study of the language of criticism. Over the course of one calendar year, I counted every word that was written in reviews of narrative film in three of the leading English-language journals of international cinema. And I divided the words into various categories. I found that approximately 92% of the words were used to discuss story. Around 2% of the words were used to discuss performance. 5-6% of the words were used to discuss exophoric matters—information about the directors, the actors, the productions, etc. And less than 1% of the discussion was used to consider images, sounds, economics, politics, and the entire non-literary history of aesthetics combined. Less than 1% of the conversation was devoted to the matters that I would argue ought to matter most. While I had a hunch about the results going in, I was still pretty startled to find results that were this stark. And I was reminded of a quote from Michel de Certeau from his The Practice of Everyday Life: “The more limited the discourse of a given practice, the less, in its proliferation, that it will obey the laws of discourse. But rather it will follow that of production, the ultimate value of commerce... Favour is then inevitably given to two things: narrativity and 'perfection' that aims at technical optimalisation.”

So then what would a discourse of differentiation look like? If we're to take slowness itself as a matter of degree, as insufficient alone to looking and making, what might then constitute a different kind of prolonged looking? What might we begin to see as approaches to looking that cut through the strata of images in a way that is sufficient to the urgencies of our time? And, in a digital age, how might we begin to think of the simple acts of seeing and listening as acts of resistance to the dromological dynamics of our current topography?

With these questions in mind, what I'll propose here is less an essay than a beginning of a conversation—one that will be continued in forthcoming essays and will hopefully be added to with feedback from others. It's the beginning of a look at the work of certain contemporary makers—Jean-Marie Straub, James Benning, Pedro Costa, Mark E. Smith, Morgan Fisher, David Rosenbloom, Harley Gaber, Eliane Radigue, and Anders Edström, among others—whose work, I would argue, constitutes a different kind of protracted looking and listening.

And I'll propose a set of qualities of such looking and listening—engagements with: intuition, topology and time, pure presence, non-fiction narrativity, ostensiveness, and the non-commodity gesture. Taken together, it's one set of measures for an age of participation. Measures that take into account the aforementioned histories but with a hypermodernity that is specific to current problems of sustained attention.

We can think of our durational relationships to our cities from any number of angles. We can think of the war model of the modern city proposed by Paul Virilio. The intuitive flâneur model proposed by Henri Bergson. Or the descriptive cartographies of Robbe-Grillet or Michel Butor. But what interests me more are the personal models of the makers mentioned above. Makers who, in their own ways, have set out to describe their views of the intolerable. And, hopefully, this can be an angle not just into means of making but into a means of being that is perhaps best summed up by Steven Wright: “I bought a new camera. It's very advanced. You don't even need it.”

thanks to Lucas Quigley

Posted by Matthew Flanagan at 13:12 2 comments: 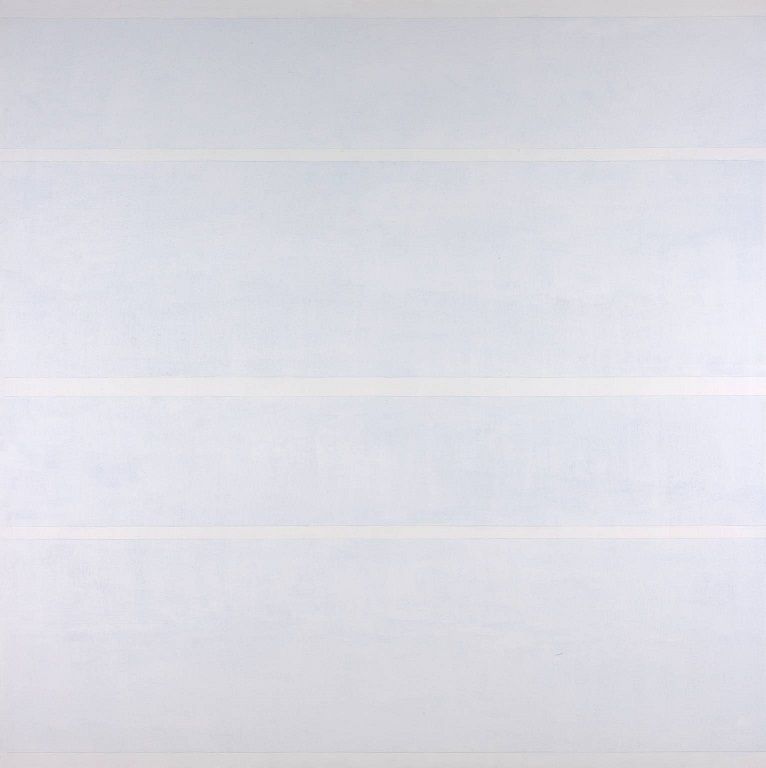 As I became an implicit guest to Martin’s party, I found it hard not to think about Raul Ruíz and his great essay, 'Central Conflict Theory.' Ruíz explains how a dominant ideology assumes that the beating heart of cinematic meaning is contestation, A fighting B in an "athletic fiction." Wars, then, are the perfect cinematic subject for this regnant artistic hegemony. And if I may be heretical here, we could think in terms of Freud’s "deferred action" (Nachträglichkeit) or the anti-linear time of the Unconscious, and we might wonder whether armed struggle’s total appositeness for art in the dominant mould helps to explain why we never stop waging wars, why on some level we seem to need them. It is often bandied about that once a nation builds a weapon, it will eventually be deployed. However, the connection between cinema and weaponry, which has been philosophically traced by Paul Virilio and has been the subject of film work by Harun Farocki, Péter Forgács, Yervant Gianikian/Angela Ricci Lucchi, and Peter Kubelka, is usually left out of this equation. Since we have cinema, we will insist on generating conflict, in order to perpetuate the flow of worthy profilmic events.