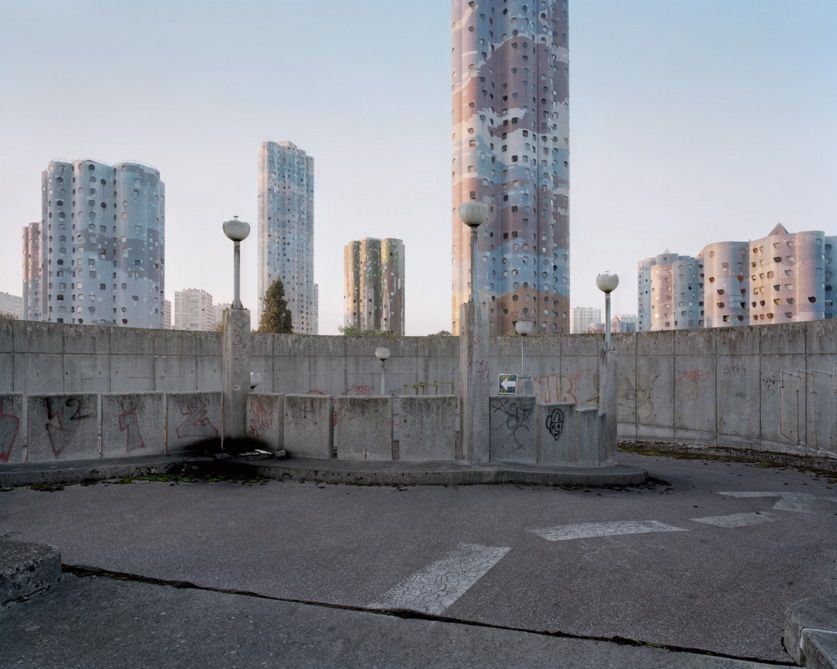 Posted by Matthew Flanagan at 23:13 No comments: 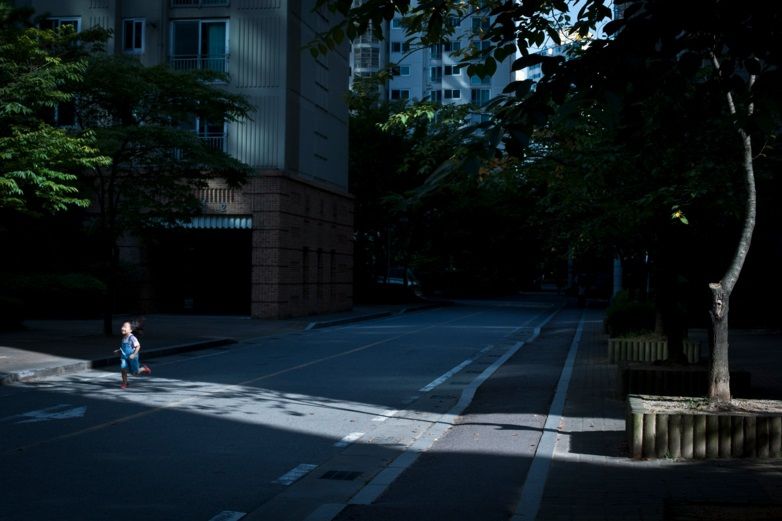 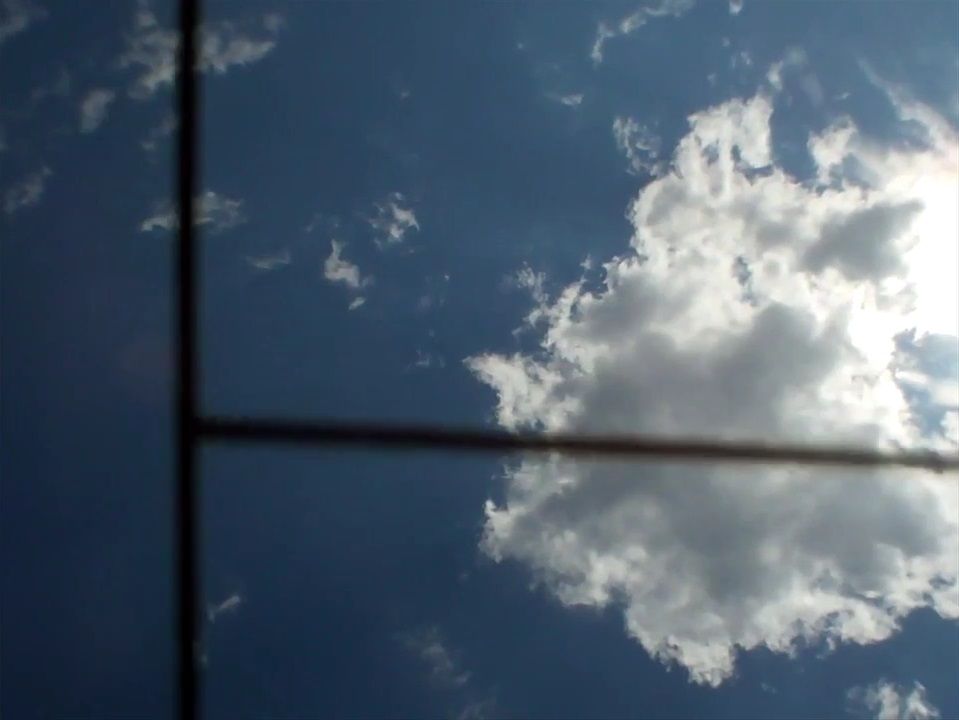 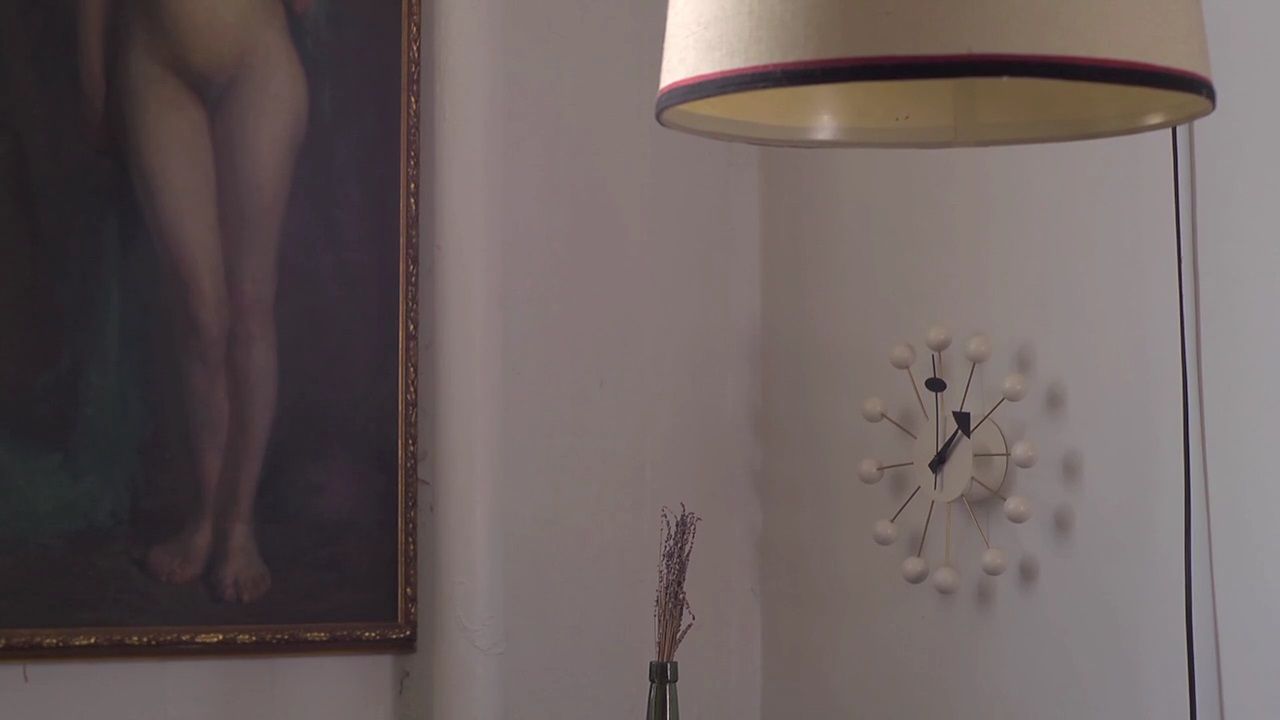 In the biggest boon to vimeo cinephilia (a term snottily coined by Nick Pinkerton somewhere in here) since Mary Helena Clark's The Dragon is the Frame and Khalik Allah's Field Niggas (now private) publicly turned up online, Gina Telaroli's Here's to the Future! and Kurt Walker's Hit 2 Pass are currently enjoying a joint release until 22 November. Highly recommended!

I've long been a huge fan of Gina Telaroli's work, and at this point her career feels quite singular in US independent film. Hers is a truly independent cinema: ultra-low budget (Here's to the Future! was made for a meagre $236), fearlessly experimental (particularly in the short video works), and unusually changeable and inventive over the course of a relatively short period of time. It is a cinema that consistently challenges itself, that tries and thinks new forms, creates new spaces, as the purpose of generating (yet more) images in a difficult, fiscally forbidding medium. To see such a personal cinema move from the spare, rigorous, cinephilic A Little Death (2010) to the saturated maximalism of Silk Tatters and Starting Sketches #7 (both 2015) in the space of a few years has been very exciting and rewarding to watch, and I struggle to think of a progression like it within such a challenging production environment (mostly self-funded on the cheap with kind collaborators, all realised around Telaroli's day job as a video archivist at Martin Scorsese's Sikelia Productions).

HTTF! feels like a culmination of practices explored in Telaroli's last two features, A Little Death and Traveling Light: the former an experimental women's picture, and the latter film a sublime document(ary), very much an exemplar of Rivette's famous quote, of its own making. Telaroli has spoken of her interest in classical Hollywood's studio model of production, and the non-theoretical mode in which those who worked within the system would prefer to talk about filmmaking: who all the people were, how they got along, what the budget was, and so on. For Traveling Light, funds were raised for twelve people to take a particular train journey (in the end, New York to Pittsburgh) on a particular weekend, and film a series of fictional scenes. The final cut of the film however is given over entirely to non-fiction documents of the journey, with the classical 'script' edited out – the fiction sequences are reduced to dialogue-free tableaux of characters sitting, hanging out, smoking on platforms, gazing out of carriage windows, watching media on laptops to pass the time. Who they were, how they got along. These peopled, previously-fiction shots are indistinguishable from documentary: what defines the final film is the image-sound record (the film has gorgeous, ASMR-inducing sound design) of the journey that was collectively taken to make it. Here, process achieves a primacy usually afforded to narrative, a privileging of the filmmaking act that's taken to a further conclusion in HTTF!. In the later film, a day's shooting of a contribution to a since-abandoned omnibus project is documented on video by cast and crew (anything goes, including smartphones and a MacBook camera) as well as Telaroli, and the preparation for filming, repetition of performance of a scene borrowed from Michael Curtiz's The Cabin in the Cotton (1932), and reviewal of footage winds up forming the film's structure. Unplanned, the filming is the film, its experimentation born not so immediately of formal play but of manufactured circumstance and collaboration: what would happen if we do this. Film it all, piece it together later. 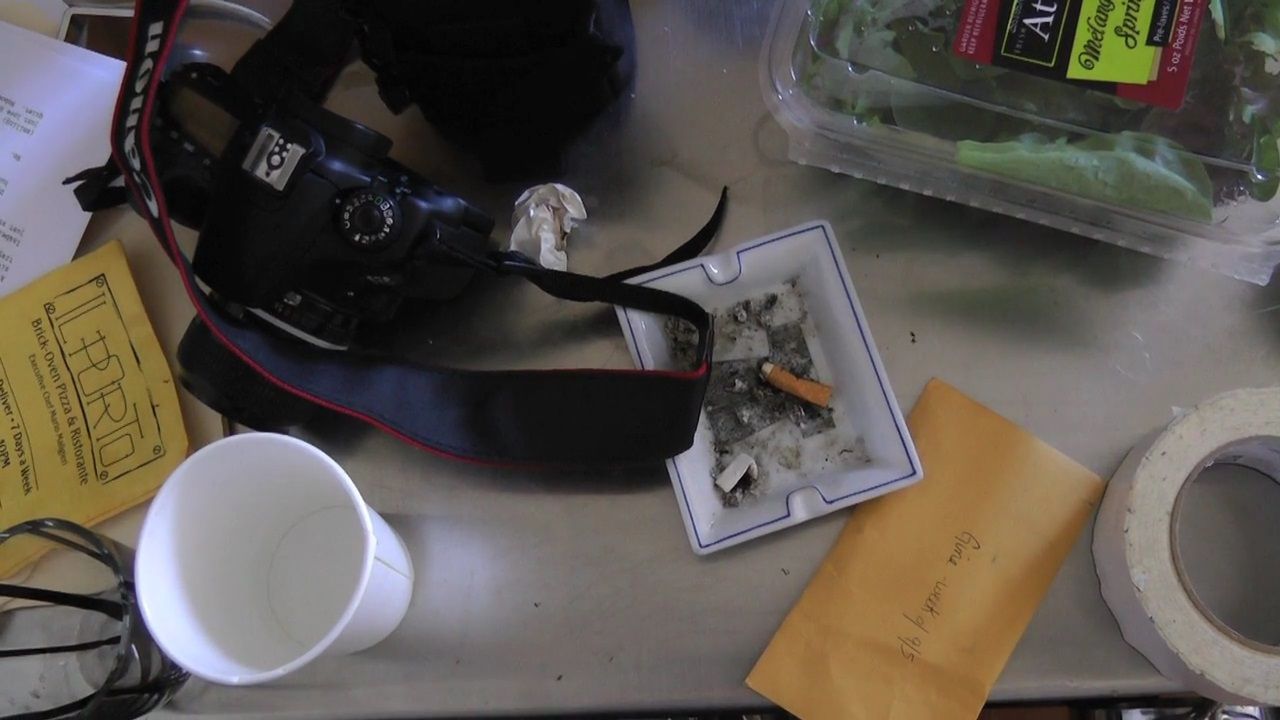 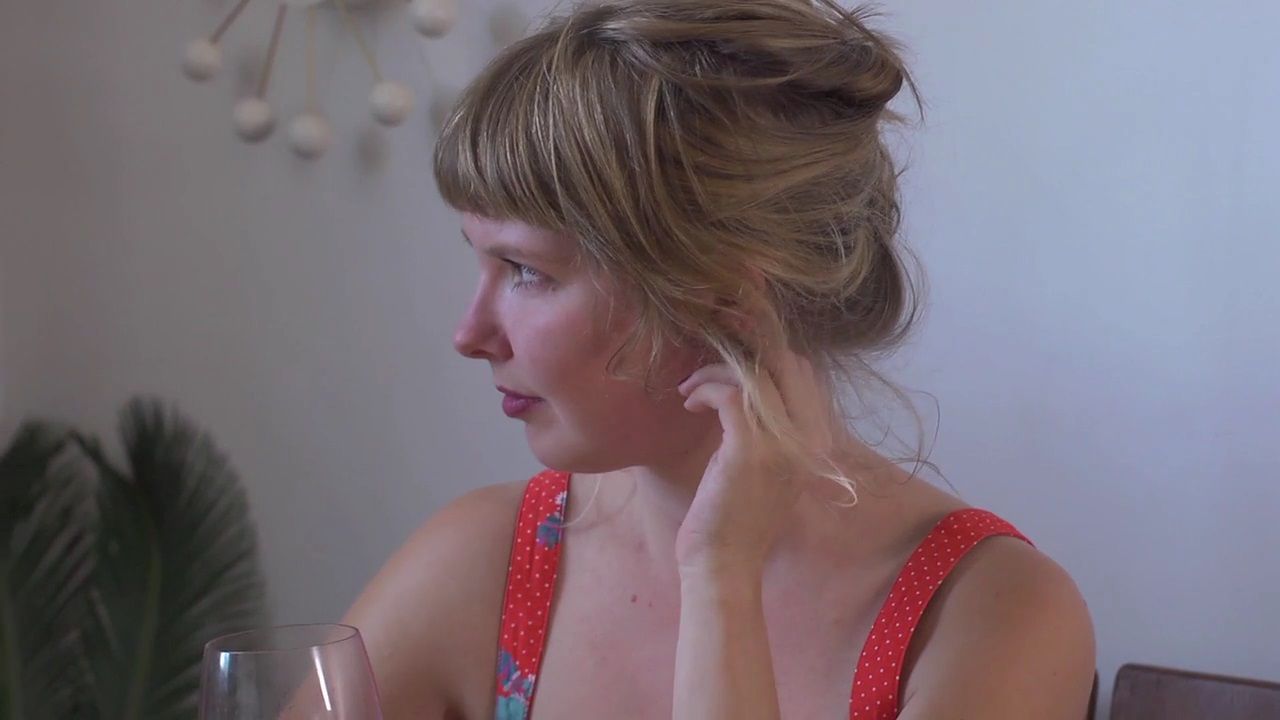 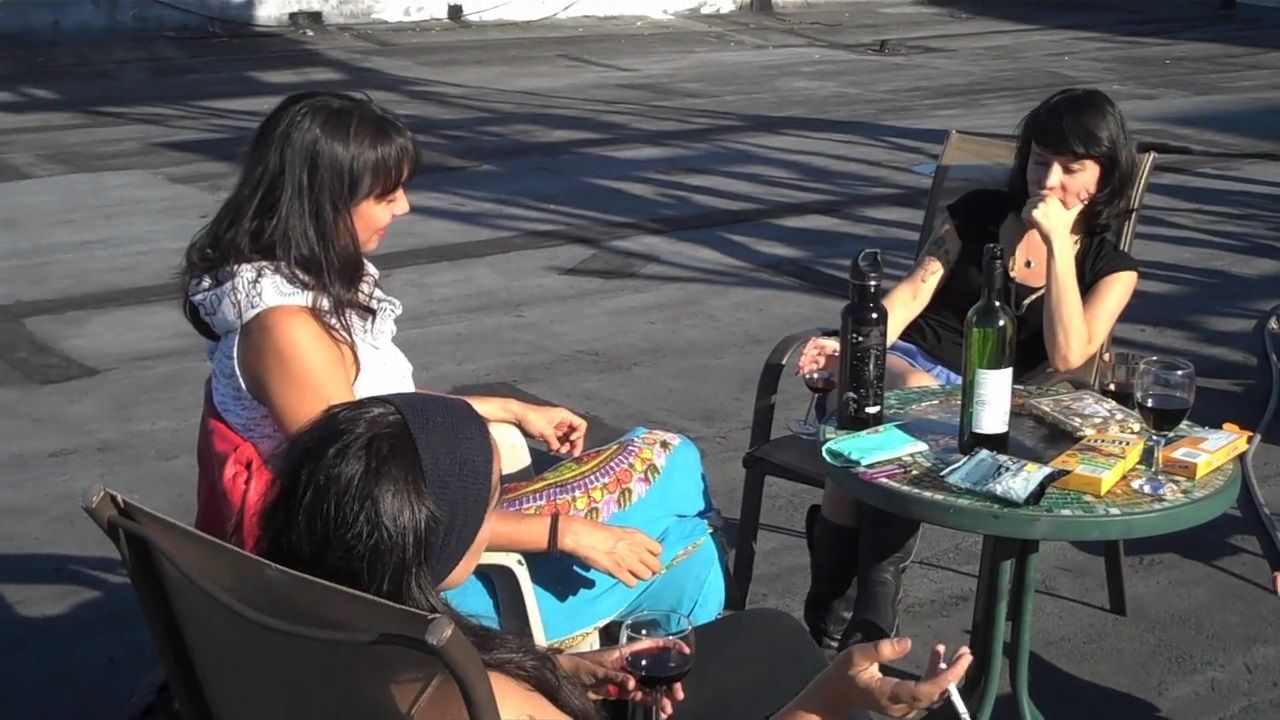 In light of HTTF!'s release, I rewatched Telaroli's underseen, underappreciated A Little Death, and it's striking how it both foreshadows certain trends in recent US independent film, while also sitting outside them. Focussing on the everyday routine of a young woman, played by Ann Lorraine Novak, caretaking a summerhouse in Nantucket, A Little Death is most obviously influenced by Chantal Akerman's Jeanne Dielman, 23 quai du Commerce, 1080 Bruxelles (with apparent shades of Manhunter). Within a total of only 28 shots, a number of long takes quietly detail the (unnamed) young woman eating, shopping, running and habitually sitting outside at sundown, before a concluding action reveals the title's allusive significance. In the years after A Little Death was made, it's been interesting to see that so many (typically white, probably nerdy) male filmmakers have chosen to organise their films around individual women as the focal point of either dramatic or markedly undramatic narratives: Something, Anything, Actress, All the Light in the Sky, Exit Elena, Ellie Lumme, White Reindeer, Heaven Knows What, etc. These films tend to focus on a woman undergoing a period of change (in work, family and/or romance) or enduring a difficult period in her life, such as dealing with trauma or enduring a period of uncertainty, underemployment, or addiction. Other recent films in this vein, a little less emblematic: The Unspeakable Act, I Used to Be Darker, Happy Christmas, It Follows, Queen of Earth... This tendency has largely been successful – all these films are worth seeing, and some are unquestionably great. I've definitely preferred it to the similarly ongoing trend in US indies of masculinist navel-gazing servicing as auto-critique: namely, Listen Up Philip, The Mend, Buzzard, The Comedy. These particular films have tended to range from interesting (The Mend) to execrable (The Comedy), and by far my favourite would be Frank V. Ross's excellent Tiger Tail in Blue. Otherwise, despite plenty of critical acclaim, these have not been my bag. Recent US independent films by and about women, which can be more difficult to see (I haven't been able to catch any of Joanna Arnow's work yet, for instance), seem to have focussed most often on relations rather than weighted towards individual narratives, and draw more evenly on the dynamics of (and conflict within) friendships and romantic relationships. Excepting Eliza Hittman's It Felt Like Love, I'm thinking here of Sophia Takal's Green, Amy Seimetz's Sun Don't Shine, and Josephine Decker's two features Butter on the Latch and Thou Wast Mild and Lovely, but this impression might of course solely be down to the selectiveness of my viewing. It's interesting however that the many works that share A Little Death's premise of an individual woman's narrative, undramatically structured and realised, in the years after its release have come from men. Such is the state of the industry. 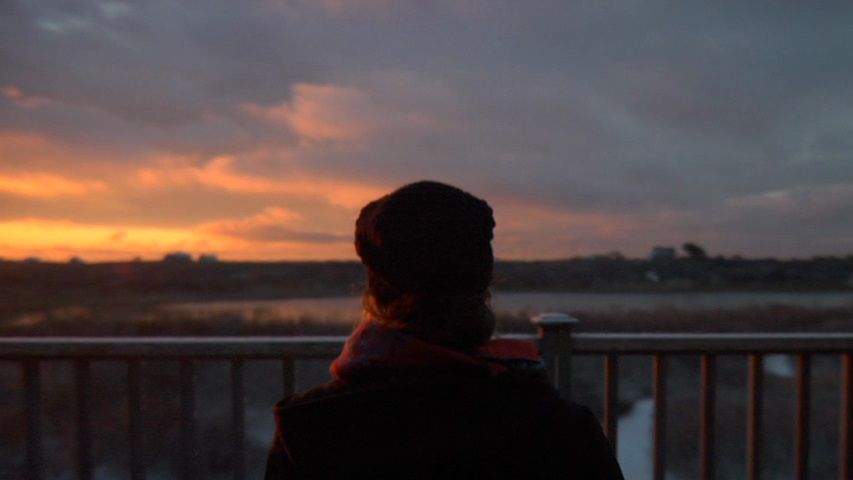 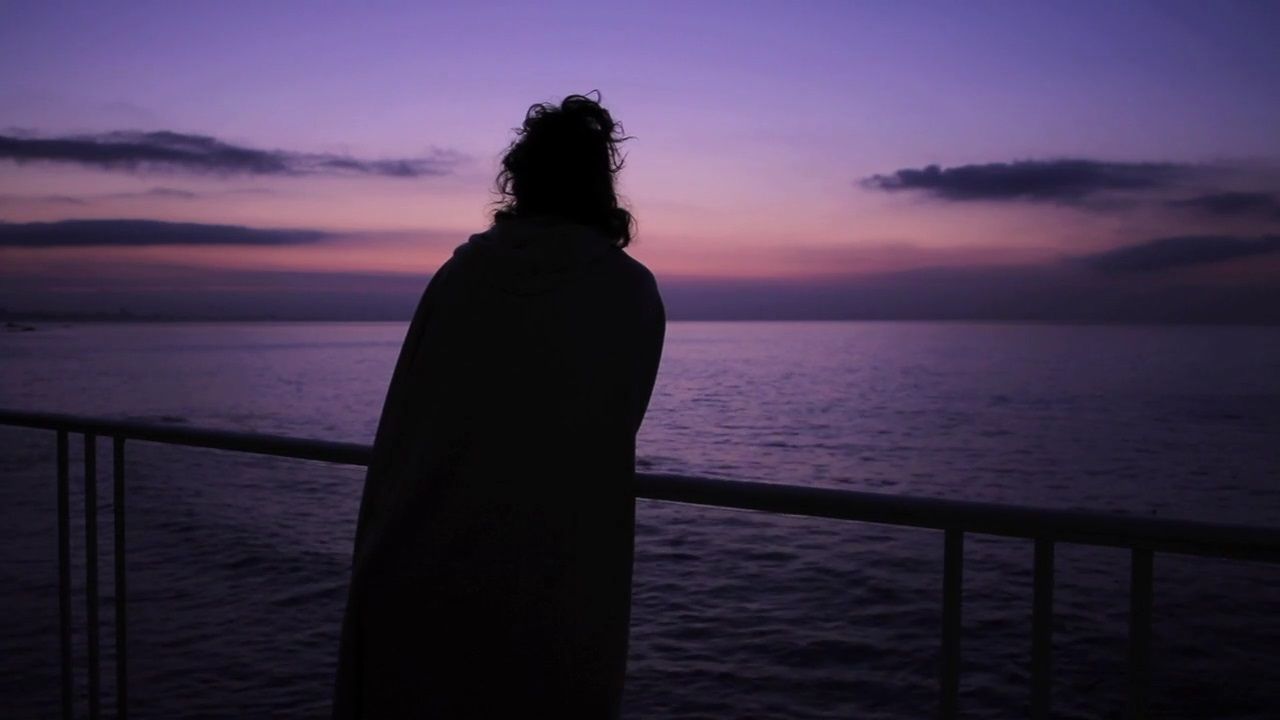 
A Little Death is valuable for many things: as an experimental 'women's picture' with no countervailing claims on its perspective, narrative and form; its gentle minimalism (few cuts and predominantly static framings, but there's always something happening!); and its rare sense of free, distended duration. The former aspect seems notable because occasional elements of the other films centred on women mentioned above could feel curious to me: the arc of Something, Anything felt perhaps a little too neat in its reach for romantic wish-fulfilment at its close, yoking its main character's subjectivity to delivering a neat summation, closure, a restoration of order. It's a moot point, but I couldn't help wondering how it would have played out had a woman written the part. A Little Death bears a striking superficial similarity to Joe Swanberg's All the Light in the Sky (right down to the presence of the sea and the gorgeous sunsets), but it fits most comfortably into a broader, rarer tradition: one of uniquely focussed, uniquely undramatic chronicles of women's experience that are only directed by women: a through-line here would run from Akerman's Jeanne Dielman and Les Rendez-vous d'Anna to Angela Schanelec's Marseille, up to A Little Death in the present. The most recent example of this small cinema that I can think of would be Vera Brunner-Sung's spare and wintry Bella Vista, whose heroine is as quiet, reserved, thoughtful and meticulous as Ann Lorraine Novak's character in A Little Death. This undramatic women's cinema is generally international, and seemingly quite heavily influenced by stylistics of late European modernism and global slow cinema. These films are particularly significant for how they reclaim duration, freeing it from norms that, as Telaroli points out, have canonically, inevitably been patriarchal: in liberating their characters and form from certain necessities of classical narrativity and an urge to ordered resolution, they create a different space for women to simply be, in a medium in which they have not yet been adequately accepted as makers or pioneers.

Which brings us back to HTTF!, a film that is political simply because the tradition into which it enters is even smaller: the representation of a woman actually directing a film set. This genre is alarmingly rarefied – at first I could only think of Ann Hui's appearance directing a fictional set at the beginning of Tsai's The River, a very brief section of Mia Hansen-Løve's Father of my Children, and the relevant work of Catherine Breillat, half of which I haven't seen. There are more examples, but point being: there's a pretty systemic imbalance, which Telaroli covers better than I possibly could in this interview. The broader film-about-filmmaking genre itself is not nearly as sparse, but it can be somewhat insular, concerned with a subtly patriarchal conception of Genius – see the adulation canonically afforded to 8½, then work outwards from there... HTTF! is quite different to this tendency: it's light, open, relaxed, interested in community rather than 'vision', obsession, difficulty... It's a testament to the spirit and inclusiveness of the environment that Telaroli and her collaborators created that the film is so breezy and pleasurable to watch, and it is at times very funny – such as the requests made to David Phelps to tone down the intensity of his performance seemingly falling on deaf ears, or the deadpan spectacle of cutting back to a MacBook camera idly recording an empty room as upbeat music plays (I found this amusing, must be a matter of timing...). Not much more to add at this point other than that I'm very much looking forward to seeing what Telaroli experiments with next.


I had intended to write more about Walker's bromantic modern classic Hit 2 Pass here as well, but never mind, it doesn't need a lot of exegesis. H2P is loose and experimental in the most basic sense: it tries out new forms and different ways of documenting events, places and histories quite literally as it goes along. Its references and inspirations are pretty easy to spot, from video game visual techniques to the iconographic Americana of James Benning in the portraiture of depopulated Prince George locations towards the end (including a wry 'life = shitshow' graffito); its cinephilia is as fruitful as in Telaroli's work. I admire the sense of and emphasis on collectivity in H2P, a truly comradely cinema, and its final form encompasses as many perspectives as in HTTF!, and an even more diverse array of technological devices. When I saw the film for the first time I wasn't sure what to make of its inclusion of drone footage, but on second viewing the plurality of technologies, and the implication of how they might be purposed and repurposed for the collective, strikes me as one of the most interesting things about it. 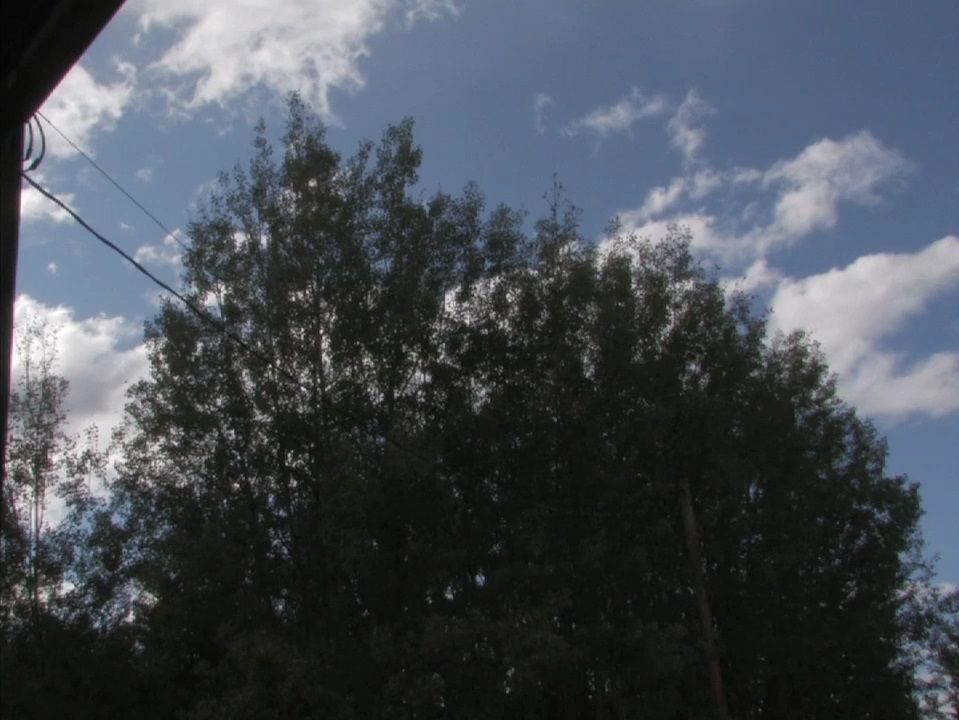 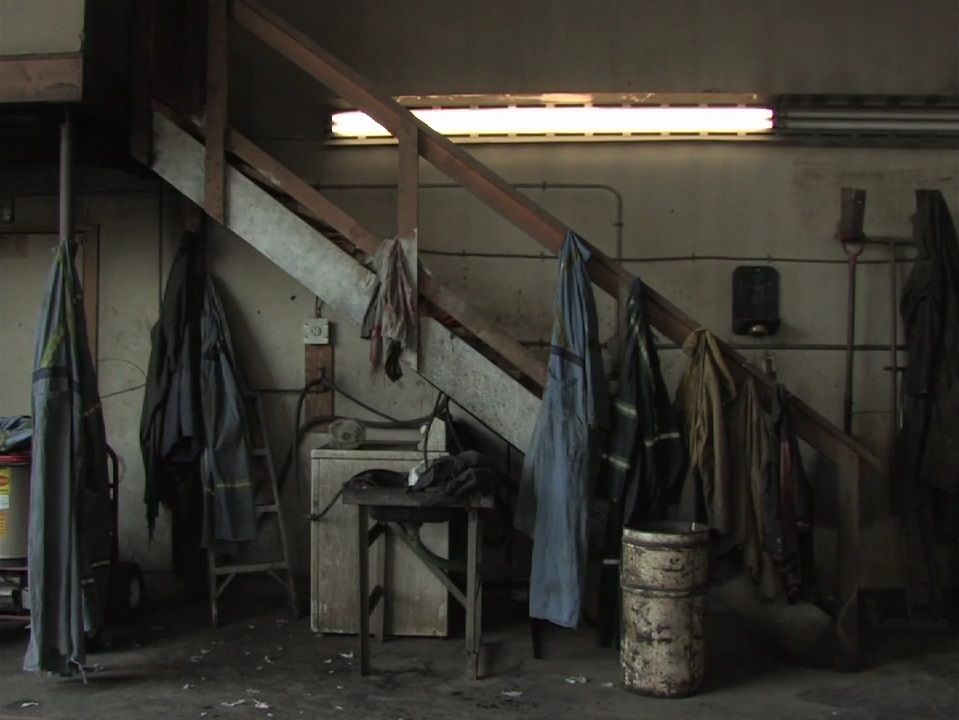 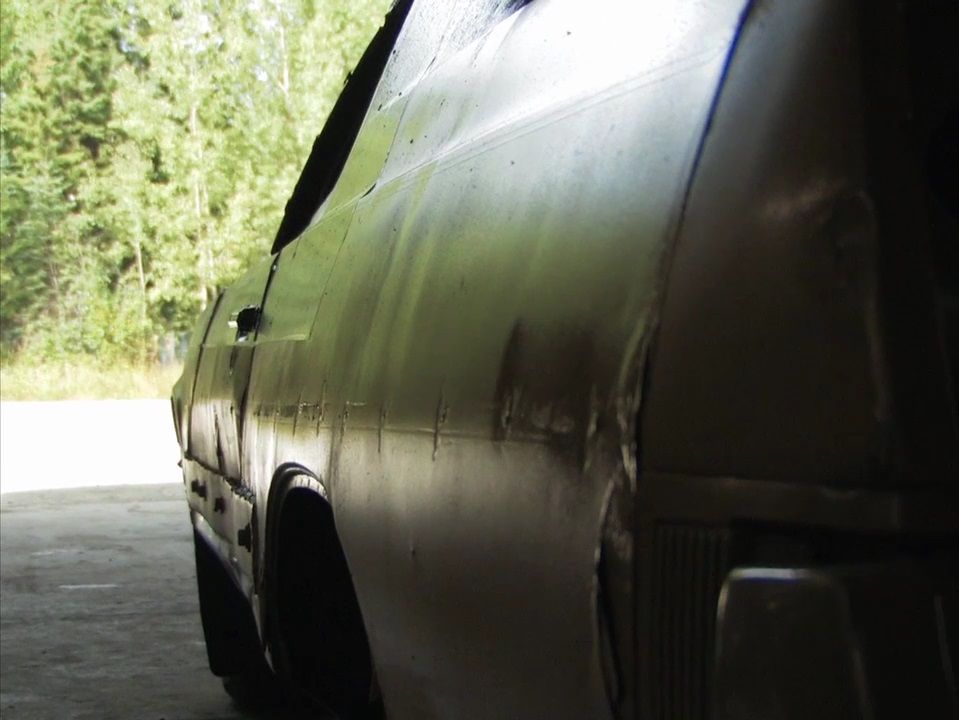 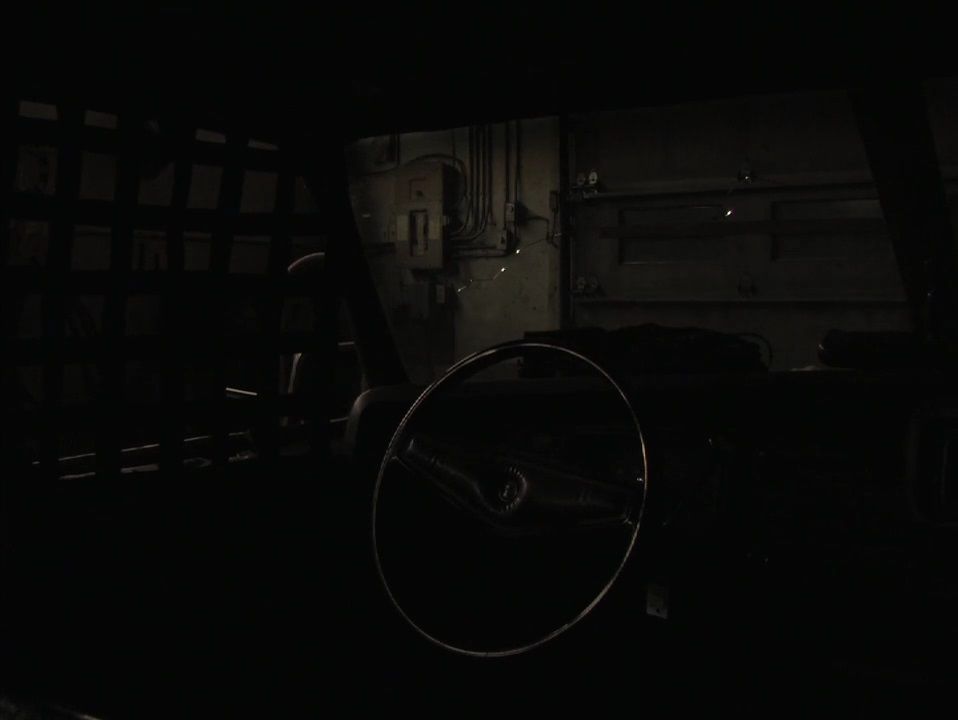 Both films here may not be perfect, but of course cinema has always been impure, and is at its best when on the march. Telaroli and Walker's work shows how more movies could be made, far more frequently, if the flow of money to a cinema that should be free matched the talent and energy in plain sight. The dismal funding structures at this level of the market might not catch up, but for now we have these documents of what's possible, and documents of the friendship and joy involved in making them. These are reminders that the cinema is still young – en avant, jeunesse!

Posted by Matthew Flanagan at 20:52 No comments: 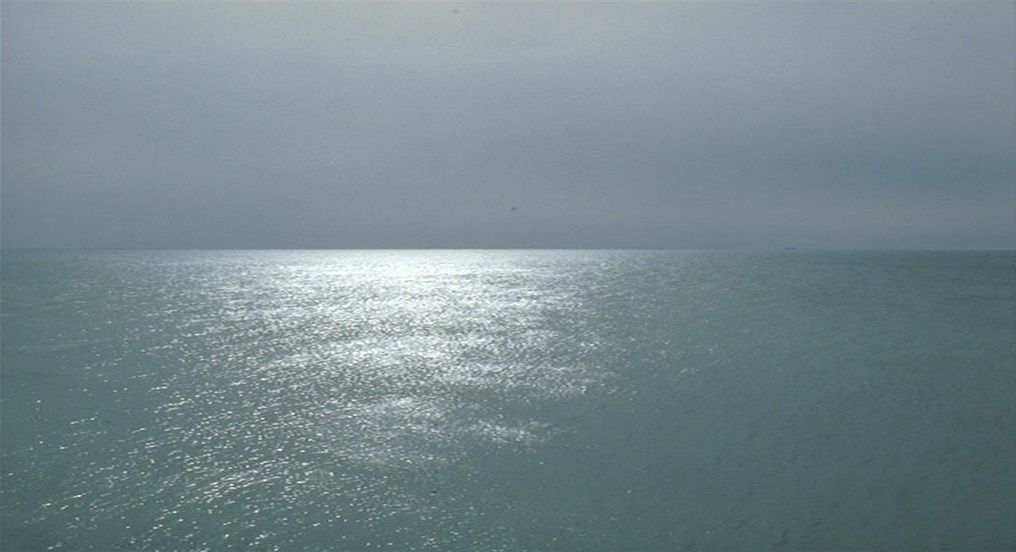