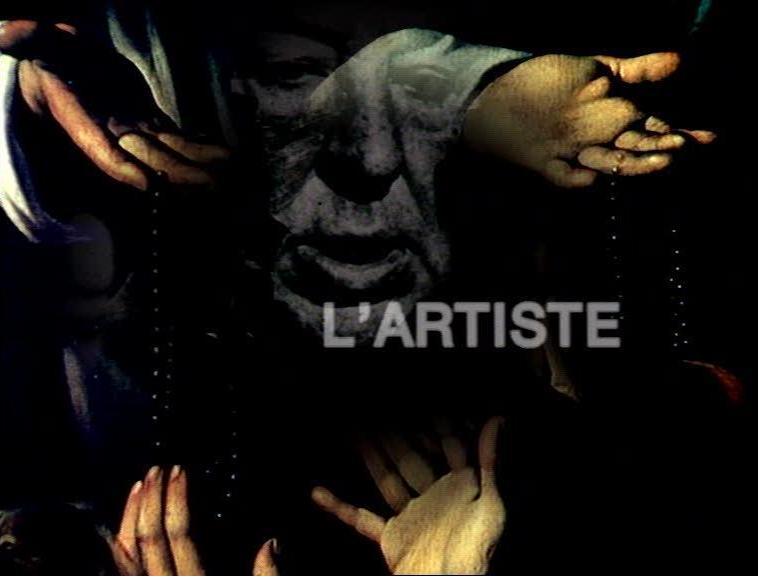 Jean-Luc Godard was interviewed by Christian Jungen for NZZ on Sunday last week. The original interview is here, and what follows is an edited translation very kindly provided by Frederik Lang. The byline to the interview reads: 'Next week in Hollywood, Jean-Luc Godard will be honored with an Honorary Oscar for his lifetime achievement. He thinks it’s pointless that one insinuates he is an anti-Semite.' Many thanks to Frederik and Andy Rector, to whom this should be credited, for their work and assistance.

NZZ on Sunday: Monsieur Godard, next Saturday, the Academy of Motion Picture Arts & Sciences will award you an Honorary Oscar for lifetime achievement. What does this mean to you?

Jean-Luc Godard: Nothing. If the Academy likes to do it, let them do it. But I think it’s strange. I asked myself: Which of my films have they seen? Do they actually know my films? The award is called The Governor’s Award. Does this mean that Schwarzenegger gives me the award?

I beg your pardon? The most important film award means nothing to you?

No, it really doesn’t. Maybe it is a late acknowledgement that I – like Lafayette in the American War of Independence, in the uprising against the English – supported the beginning of a revolution.

In the 1950s, when I was a critic with Cahiers du Cinéma, we loved independent films. We discovered that directors like Hitchcock, Welles and Hawks fought for artistic independence within the big studio machinery. After the war, we praised this – back then, a sacrilege for French film criticism. They sniffed at directors like Hitchcock and said: He’s just making commercial films. But for that alone, the Academy could have given the award to someone else.

Now you are being modest. You and your colleagues developed the auteur theory that today structures the canon as works of directors.

The phrase la politique des auteurs was made up by journalists. When François Truffaut wrote his first articles, he only said: The auteur of a film is not the screenplay writer — it is not the one who gets the story on paper who is important, but the one who stages it.

In 1980, you revoked the auteur theory with a mea culpa. Why?

I suffered severely from the consequences, that they talked more about the author and not his works. That’s why I didn’t go to Cannes for the world premiere of my latest work Film socialisme: they would have only talked about me. But it was already like this during the Nouvelle Vague: we were no more than ten critics who spoke of films and not directors. By the way, this was a mistake: with Truffaut and Jacques Rivette, we only talked about cinema and not about ourselves. We didn’t know one another.

[…] Later on, you fell out with François Truffaut. What was the reason?

Over time I realized that he made exactly the kind of films that we attacked: screenplay-films! Truffaut’s works were not shaped by the camera but by the pen. The camera imitated what his pen had written.

[...] Back to the Oscar: Why don’t you attend the award ceremony?

Once again, there is a debate in Jewish newspapers about whether or not you are an anti-Semite. Does this hurt you?

That’s nonsense! What does ‘anti-Semite’ mean? All peoples of the Mediterranean were Semites. So anti-Semite means anti-Mediterranean. The expression was only applied to Jews after the Holocaust and WWII. It is inexact and means nothing.

You once said you were a ‘Jew of cinema’. What does this mean?

I want to be together with everyone else, but stay lonely. I wanted to express this contradiction.

The Jews have inhabited your intellectual universe since the late sixties. Is there a certain reason for this?

When the Holocaust happened, I was 15 years old. My parents kept it a secret from me, despite belonging to the Red Cross. I only found out about it much later. Even today I still feel guilty, because I was an ignoramus between the age of 15 and 25. I am sorry I couldn’t stand up for them. Today, in my own thoughts, I would like to have a critical look at them. I am generally interested in the ‘other’. It’s the same thing with blacks. First, they were colonised, and later everyone acted as if they were just as we are. Of course, a black person can wear glasses and a watch, but this doesn’t make us the same.

In Film socialisme it is said that although Hollywood was founded by Jews, everyone is looking in the same direction. Do Jews stand for diversity?

For commerce. The big studios were founded by Jews from central Europe, especially from Germany. Why did they go to Hollywood? Because they could get access to the American financial sector. The Jews were neither authorized to be bankers or doctors, nor lawyers or professors. That’s why they concentrated on something new: cinema. The Jews also came to an arrangement with the mafia quite quickly. But if you say this, immediately you are accused of being an anti-Semite, even though this is not true. People don’t see the images — one should have a closer look at the people who founded Las Vegas.

[...] You deconstruct texts and images, and are regarded as 'the Picasso of cinema'.

I don’t like the comparison, he painted too many plates.

Where do you see yourself in the history of cinema? 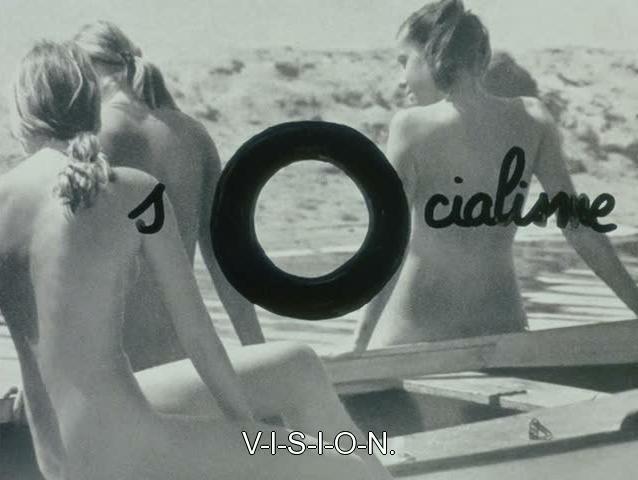 Posted by Matthew Flanagan at 16:19

Hello Matthew.
Thank you for this.

D. Wood: But if we were to substitute for a relation of opposition a relation of différance, or differentiation, and a multiplication of those differences, wouldn't that have an enormous implication for all those social practices we have that are based on opposition? And when you think of Auschwitz, which people around the camp knew about but didn't really know about, because they pushed it out of their minds... If you start blurring the difference between people and animals, if you start to blur the difference between Auschwitz and battery farms, chicken farms...

D. Wood: But that doesn't mean that there are more differences.

J. Derrida: More differences, yes. For at the same time you will have to take into account other discriminations, for instance, between human society and animal society. There are a lot of things to be said and done. But there are also other partitions, separations, other than Auschwitz—apartheid, racial segregation—other segregations within our Western democratic society. All these differences have to be taken into account in a new fashion; whereas, if you draw a single or two single lines, then you have homogeneous sets of undifferentiated societies, or groups, or structures. No, no I am not advocating the blurring of differences. On the contrary, I am trying to explain how drawing an oppositional limit itself blurs the differences, the différance and the differences, not only between man and animal, but among animal societies—there are an infinite number of animal societies, and, within the animal societies and within human society itself, so many differences. Now, there is the ideology of difference, of genetic difference within human society which we have to be very careful about; it cannot be a matter of merely manipulating the ideology of difference, of course. But this ideology of racism, the genetic or biologist ideology, again blurs differences; it is not in the end an ideology of difference at all, but an ideology of homogeneity, with a single limit between white and black, Jewish and non-Jewish, etc. So the discourse I am trying to deconstruct is not a discourse of difference; it is a discourse of homogeneity, even if, or precisely because, it refers to oppositional differences.

--'On Reading Heidegger: An Outline of Remarks to the Essex Colloquium', 1986. Scan here.